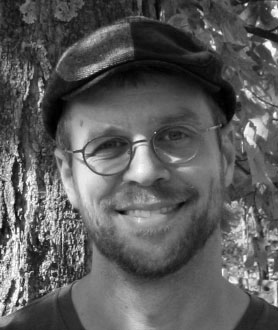 Loosen up with Cody through responsive art methods. This FREE, sensory-friendly workshop will work with music, markers, colored pencils, and crayons. The workshop will conclude with a personal exercise in preparation for the film.

Cody F. Miller is an artist based in ohioColumbus, Ohio. He studied at The Columbus College of Art and Design where he received a BFA in Illustration. In the studio, Cody focuses on the interplay between paper and paint and their endless chain reactions. A common theme of his work is how the word ‘grace’ plays a major role in our journey homeward. Miller’s work has been shown in numerous exhibits, such as “The Best of 2019” at The Ohio Craft Museum and The Springfield Museum, “Havana/ConnectArt” in Matanzas, Cuba, “In Close Proximity” at The Cultural Arts Center, “From the Familiar to the Unfamiliar” at The Ohio Art League, “Glory Be” at The Johnson Humrickhouse Museum and “Annual Acquisitions” at The Viewpoint Gallery in Schenectady, New York. He is represented by The Hayley Gallery in New Albany, Ohio. Miller received an Ohio Arts Council Individual Excellence Award in 2002 and 2018, the Collector’s Award for Excellence at The Ohio Craft Museum’s “The Best of 2019,” Juror’s Choice 2D Award at The 2018 Columbus Arts Festival, Best of Show in 2001 and 2012 at The Westerville Arts Festival. Cody was the art instructor at United Cerebral Palsy from 1995-2011 and has been a resident artist at The Goodwill Art Studio since 2011.